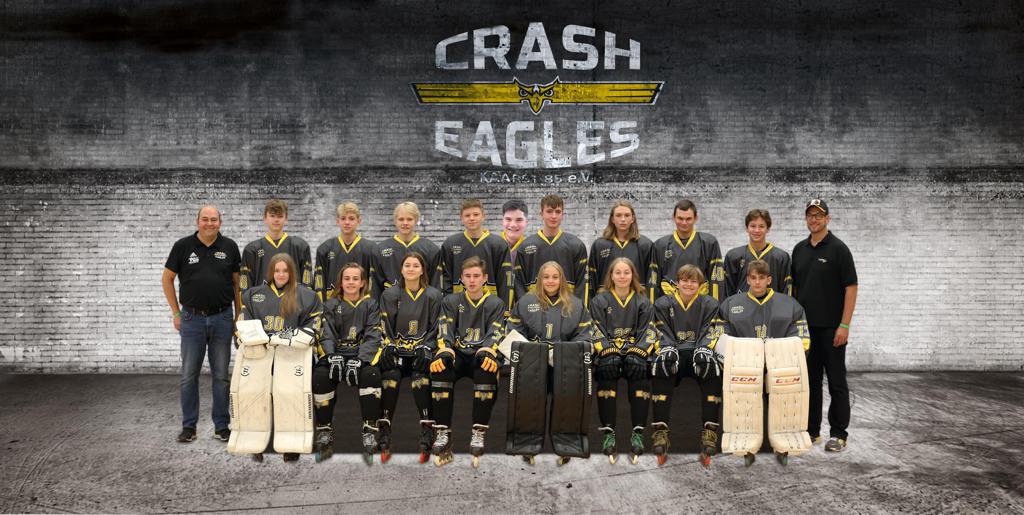 Crash Eagles Kaarst 1985 e.V. was founded in 1985 and is located in Kaarst, a small town near Düsseldorf in North Rhine-Westphalia.

Currently we are one oft he biggest Inlineskaterhockey clubs in Germany, which has got great teams in all age groups an nearly 270 active players.

After the long Corona-Break 2020, our U16-team has been very successful 2021, winning the Cup-Final in the North Rhine-Westphalia Championship undefeated. The Final Tournament for the German Championship we win 6:2 against the Bissendorfer Panther.

All the players are highly motivated and we are lokking forward to meet the other teams of enthusiastic Skaterhockey players and we will do our best to show a good performance in this European Cup in our hometown Kaarst.