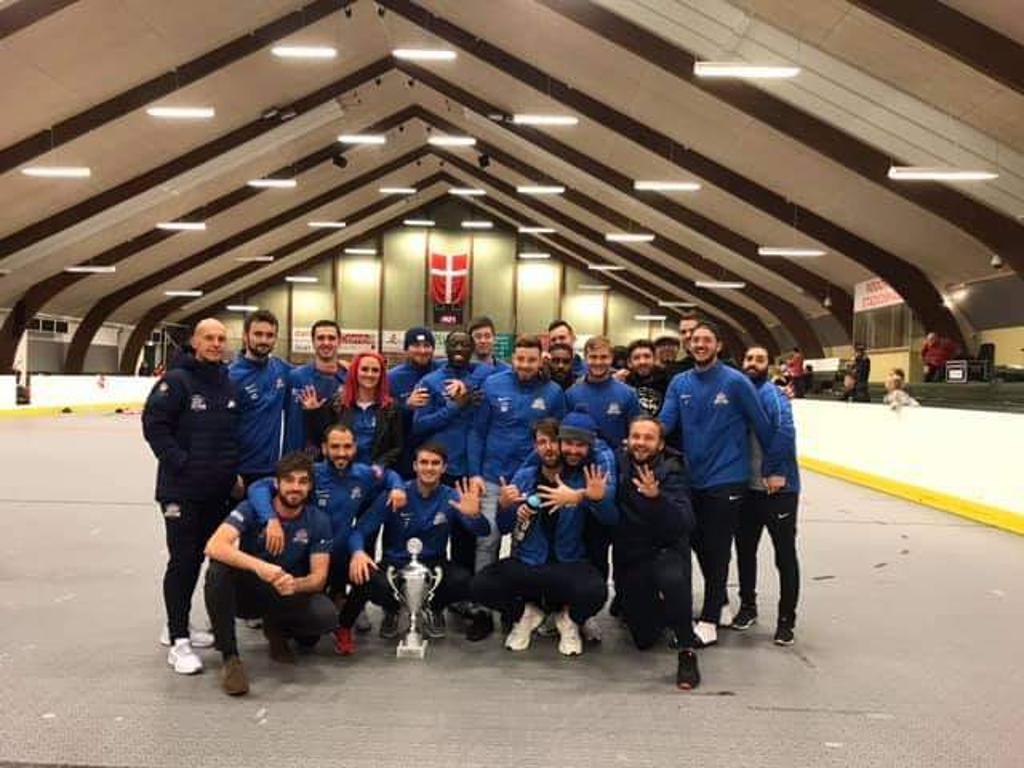 The BISHA GB Snr Team have now competed in the IISHF Snr European Championships for 20 years since 1997, except for 2001, 2020 and 2021, when the competition didn’t take place. The European Championships has been held in the UK on three separate occasions, 2000 – Burges Hill, 2003 - Doncaster and 2004 - Torque.  The GB Snr Team currently sit 4th in the medals table after Germany, Switzerland and Denmark, having won a total of 8 podium positions with 4 Bronze medals, 3 Silver medals and 1 Gold medal. The GB Snr Team won their only Gold medal in Kaarst in 1997 beating Germany in the first IISHF European Championships. We have come up against some of the strongest hockey teams in Europe from Germany, Switzerland, Denmark, Austria, Netherlands, Croatia, Poland Israel and Ukraine. The GB Snr Team are excited to get back to competing in the European arena, after the COVID years or 2020 and 2021 and are looking forward to taking on the best of Europe in the 2022 IISHF European Champions ships in Duisburg, Germany from 3rd to 6th November.