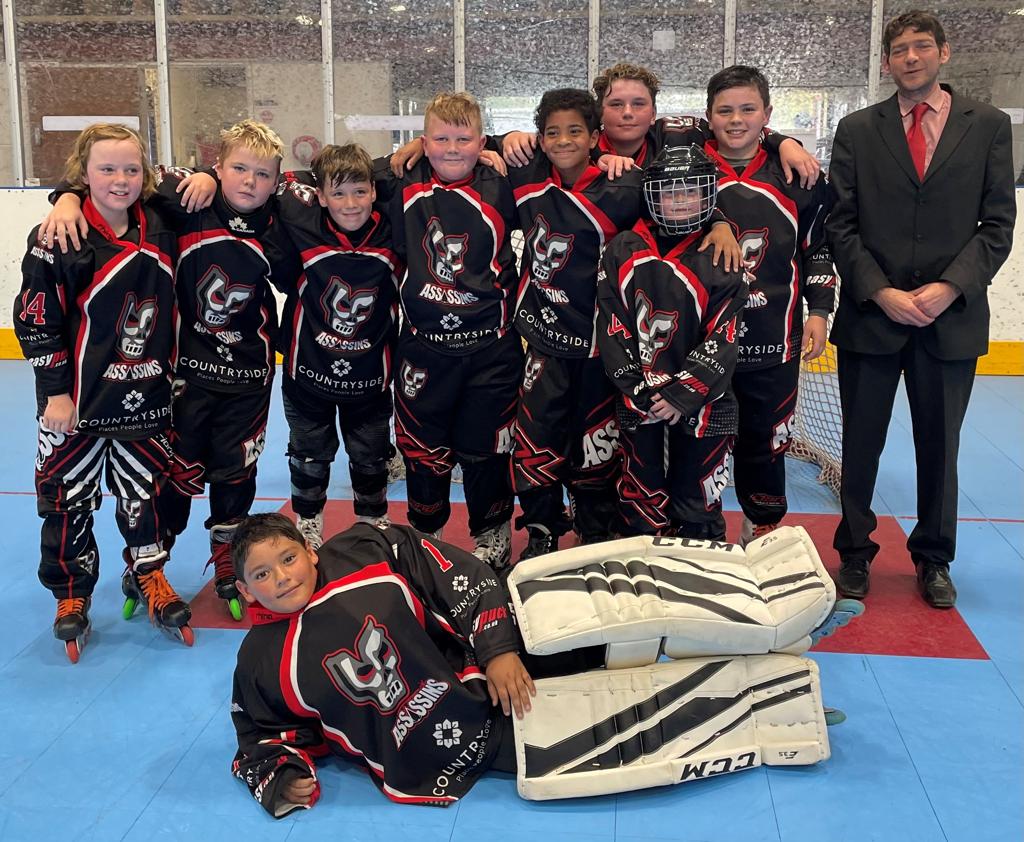 Medway Assassins were formed 11 years ago in 2011, as a single team, formed of ice hockey players from the local team Invicta IHC. The team has gone from strength to strength and now boasts three well attended team at 13’s, U16’s and U19’s. The club has won both league and National titles at all three age groups and has also competed at the European Cup on two previous occasions at U16’s and U19’s.

Our current U13’s team have won both the League and Nationals double in 2019 and 2021 to win the opportunity to complete at the IISHF 2022 European Cup. Manager Ade Beale and Coach Barry Smith travel for the first time to the Euros but like the team, we are all excited to attending this year and competing against some of the best team in Europe. #ASSASSINSROLEON #HOCKEYWITHBALLS