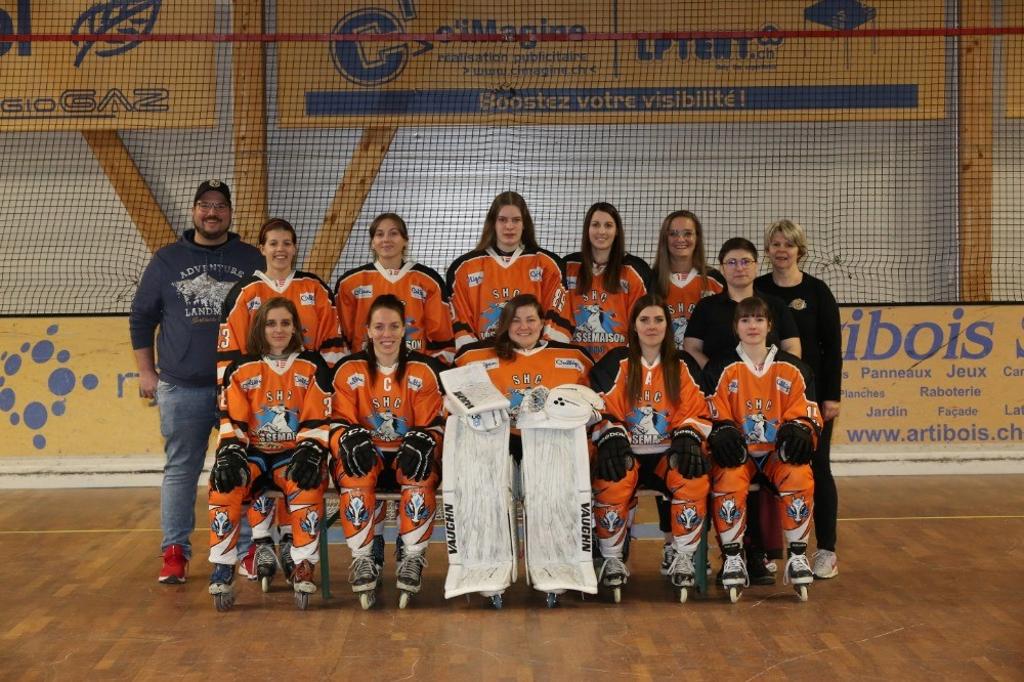 SHC Rossemaison was grounded in 1984. It's one of the oldest club in Switzerland and, with over than 400 members, the biggest of the country.

Created in 2008 with beginners, the women's team of SHC Rossemaison had to struggle a lot in the first years. Adding experienced players year after year, the girl's mind has been awarded back in 2017 when they won their first playoffs spot.

In 2018, after a big season and, this time, with playoff's experience, they faced the season's favorite team and won the final in two games. The girls brought back their first Swiss title home !

Speaking of European Cups, the team has already participated to five of them, with a fourth place as best result in Langenfeld. The team wants to finally win a second time the quarter finals to access to the semi-finals and prove they belong to the four best European teams.

2016     Semi-finalist of the Swiss Championship

2017     Semi-finalist of the Swiss Championship

2020     Semi-finalist of the Swiss Championship