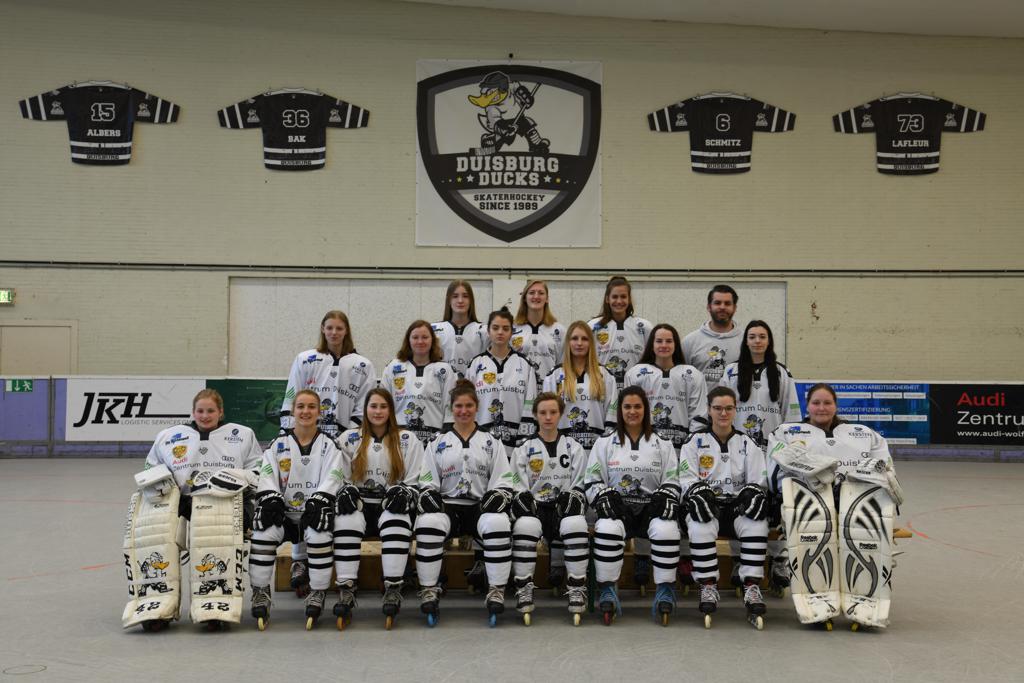 Unfortunately, after the successful time the team broke up and there was no women’s team for the last years at the Duisburg Ducks. But mentioning all this, there is the positive / successful cooperation with the Management Board of the club and the trio of Alexandra Sell, Sally Klöser and Candy Wilson they have set up a newly assembled women’s team in 2016.

After about nearly 3 years there were a lot of young girls at the Duisburg Ducks and we “old ladies” decided to help building up a new team for the young girls. That ́s how we all came together again and started in the second Bundesliga in 2017.

The team is setting to be together through experience and junior players. After the first ”new” Season 2017 we directly advanced into the first Bundesliga. 2018 we won the second Bundesliga championship after an exciting playoff series.

The Bundesliga-Season in 2019 started not that very good. We just reached the Play-Offs at fourth place. But the Playoffs have their own laws. We defeated Langenfeld Devils at the semis and met the Mendener Mambas in the finals. In three tough games, Menden became champion. Earlier in 2019, we won the Qualifying Tournament in Iserlohn for the German National Cup in Assenheim. We raised the Cup after we defeated Berlin and became German Cup Champion.

What counts in the many participations and successes, is the team with all the members of young and old ladies. It is not always easy to get together with all these characters, but it is an interesting mix on the pitch and as well on the offside. For all this we would like to thank the management of the Duisburg.